Evolution in Technology is fascinating! In simplified terms, “Evolution is Change”. It brings a change in social dynamics and human life as quickly as the swing of a magic wand from Harry Potter.

We as homo sapiens have come a long way from evolving as a biological life form, but the evolution that is overlooked in many senses is the growth in technology. We have achieved throughout the decades with many noteworthy and remarkable people contributing to this change.

I personally love this representation of evolution with the perspective of technology immersed within. How we came from the plantation and hunting for food to building civilizations, industrialization, automation, to socializing etc. We all can notice the human energy spent, getting reduced in proportional to evolution and time, all thanks to technology.

I envision a world where people won’t have to do most of the repetitive & mechanical work and all that’d be left for people to do will be live and explore life while being creative in work. What a beautiful imagination! 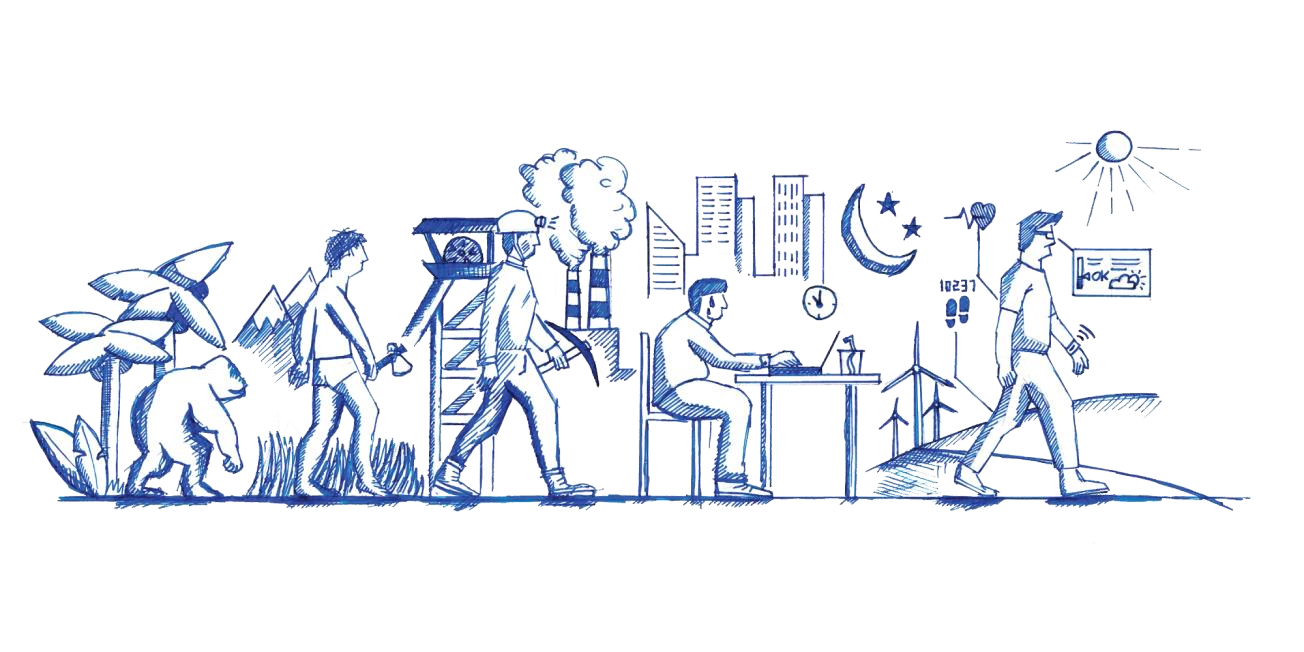 After throwing my opinions on evolution, now let’s untangle the concept called as Quantum Computers. I’ll gracefully tell you why Quantum Computers could be the next step to evolution. To gain your attention, here’s a quote from a pretty popular person in the technology world

❝Quantum computing will bring change. It is not so easy to understand this but in the coming time, it can bring a big revolution in the world❞

What is Quantum Computing and How is it different from normal computers?

Schrodinger’s Cat is a thought experiment in which a cat is placed in a sealed box with a radioactive source and a poison that will be triggered if an atom of the radioactive substance decays. Quantum physics suggests that the cat is both alive and dead (a superposition of states), until someone opens the box and, in doing so, changes the quantum state. Quantum Superposition is a system that has two different states that can define it and it’s possible for it to exist in both.

Computers used today can only encode information in bits that take the value of 1 or 0—restricting their ability. So, basically every operation we make on a computer and the internet is processed in the language of 1’s and 0’s.

Quantum Computing, on the other hand, uses quantum bits or qubits. It has something (a particle or an electron), for example – that adopts two possible states, and while it is in superposition, the quantum computer and specially built algorithms harness the power of both these states I.e., the unique ability of subatomic particles that allows them to exist in more than one state (a 1 and a 0 at the same time).

Quantum Computers – Evolution, not a Myth!

Superposition and Entanglement in quantum physics are the fundamentals that empower quantum computers to handle operations at speeds exponentially higher than conventional computers with much lesser energy consumption.

Quantum Computing can solve specific problems with lesser energy which will open gates for new revolutions helping reduce the need for human efforts. Trending applications include running simulations and data analyses, such as chemical or drug trials.

Google has been spending billions of dollars on its plan to build its quantum computer by 2029. Hence, in my opinion, Quantum Computers are here to stay!

Imagine going back a century in time and telling a person that in the next 5-6 decades, he/she will be able to communicate with a person in a different part of the world. You’d be ignored and laughed at. Now similarly, imagine a person coming to you from the future and laughing at your job while bragging that it is done by computers in the future. How would you react? 😉